During the honeymoon phase of relationships, we find ourselves waiting by the phone, talking all night long and feeling butterflies fluttering in our stomachs. Yes, butterflies are a part of the attraction process but over time, these feelings may reduce when we enter new stages of the relationship.

People who believe that the butterflies should last forever jump from relationship to relationship before they discover what the next stage has to offer. Contrary to popular belief, the post-butterfly stage of a relationship has a lot to offer.


It can provide stability, trust, respect and contentment which are all essential to building a strong, lifelong relationship. Have you recently been acting differently towards them? Have you been distant, distracted or standoffish? You may be giving them the signal that you are no longer interested and they are responding accordingly. Have they been acting differently, recently or for a while?

What is the source of this shift? There are a number of things you both can do to bring the excitement and passion back. Be intentional about going out to some of your favorite dating spots.

Do little, sweet, sentimental things for each other that you did at the early part of the relationship that remind you why you fell in love in the first place. You can also bring the fire back by being active together. There could be a number of factors interfering with passion including stress, medication and financial issues. Open communication is a huge step towards rekindling the fire in your relationship. Next, allow your defenses to come down.

Whatever your relationship problems are, the two of you need to talk things out. Take the fighting gloves off and open yourself up to being vulnerable. It continues to a point where the texting just stops. And just like that, it is over. I have been in all three situations: The two former both have their awkwardness, which really just makes everyone uncomfortable.

As my generation refuses to deal with confrontation and possible rejection, this is what we are left with. An awkward fizzle over a few lingering text messages. It was annoying and I would much rather prefer a straight answer.

Aaron was 27, a Spanish teacher, and had no cell phone. Yes, you read that correctly. This meant no texting. So we had a few conversations over the phone, which were quite pleasant.

I think people forget how nice it is to chat with someone over the phone, especially in this millennial generation. Then we met up a couple of times, once going on a walk to the park and then the next week grabbing coffee before I had to go to work. I had forewarned him I had a deadline at work, and he was taking a certification exam later that week, so I knew he would be busy as well.

A few days go by, and he calls again. I thought I would be nice and ask how his test went and so called him back, but got to voicemail. He is clearly interested. True to his word, he does call.

There was no fizzle. It had to be done, the bandage brutally ripped off. 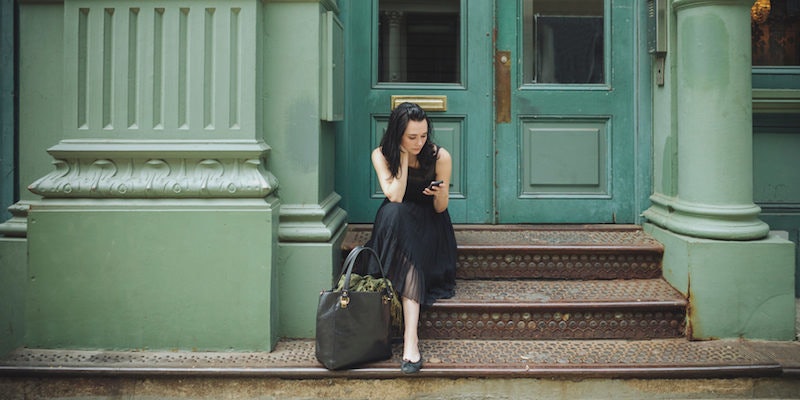 I hope that was true, but I still felt bad. I guess I will stick with the fizzle for now. Nothing terrifies me more than being so close to someone and then watching them become a stranger again.